We’re All Improvisers in Business: Traits of Improvisational Business Masters 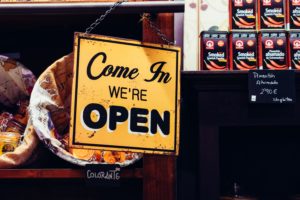 The following is an excerpt from my new book, ““Stop Boring Me! How to Create Kick-Ass Marketing Content, Products and Ideas Through the Power of Improv.”

Bill Clinton is an example of a master adapter and he demonstrates the best traits of improvisational business leaders.

In 2012, NPR called Bill Clinton “The Improviser-in-Chief” for his ability to connect with audiences by ditching the script and going off-the-cuff.

At the August 2012 Democratic Convention, Clinton brought a speech he had prepared. Yes, he prepared extensively. What he delivered at the event looked very different. NPR compared his prepared speech with his delivered address, and found that he improvised over half of his words at the convention. Bill Clinton is a communication master with the ability to feel an audience in order to connect with them more meaningfully.

This is such a powerful lesson in leadership, communication, and it’s important for anyone who wants to grow in his or her career by being a better connector. When what you plan no longer fits the need at hand, great communicators and leaders are ready to ditch the script and talk to audiences in the moment where people are at – rather than shove some scripted agenda at them.

We’re Open for Business; But in Business, are We Really Open?

Clinton was able to sense that things had shifted and he knew he had to adapt to connect more powerfully in the moment. He talked about Obama’s credibility and he told personal stories about people he had met (and he named them!) whose lives had been changed because of the work Obama’s team had done on issues such as healthcare reform. People wanted hope and an emotional connection, not a speech.

Being able to tell stories to connect with people emotionally, not just intellectually, is profound. Knowing when to let go of your plans in order to embrace and adjust to changes is transformational. The key is being open to change – sensing it and embracing it when it needs to happen. Clinton exhibits the best traits of improvisational business leaders.

We Improvise All the Time in Business

Improvising goes far beyond speaking, of course. We’re all improvisers. When I recently asked a group of business people I was speaking with about improvising in their daily business and personal lives, they looked like they had no idea what I was saying (I’m used to it – my family looks at me the same way!). Then I asked them to raise their hands if they often have to ditch the script, change plans quickly, listen intently, co-create with customers and coworkers, make others look good, and intuit when and how to change their approaches. At this question, every hand shot up. That’s my point: We are all improvisers who have to adapt every day.

In talking to a number of people for this chapter, a few key traits
emerge consistently when we look at these “improvisational business
masters.”

People who are facile in ditching the script do all of the following:

• Prepare, do research, then know when to let go
• Remain unmarried to specific outcomes
• Always give their best and move on when things don’t work out
• Experiment and take risks to grow, learn and be better
• Stay connected to their gut and to others
• Exhibit vulnerability as needed
• Don’t let ego get in the way (they are not invested in being right)
• Readily admit mistakes, rather than blame

How do you ditch the script? Let us know!