Sadly, ‘human’ has crossed into jargon-dom. In September 2013, I wrote about the latest CMO marketing buzzword –  ‘human’ – based on Ad Age’s article. 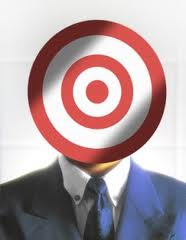 More recently, I’ve seen social media posts about human to human (Human2Human) as opposed to B2C and B2B, and I’ve also seen the backlash against them, claiming, ‘Hey, it’s not a new idea. It’s just more jargon!’  So who is right? Both camps, actually; because while it isn’t a new idea, most of what marketers call ‘human’ is superficial whitewashing. And that has diluted the discussion. At some point, human2human is a lot like sex – everyone’s talking about it, few companies are doing it – and doing it consistently.

Let me explain. I named my company Keeping it Human about 5 years ago. I’ve been writing about the human connection, or human-to-human idea for years, and I am certainly not alone. It needed to be talked about desperately, especially in B2B. I still believe in the idea.

When Being Human Isn’t 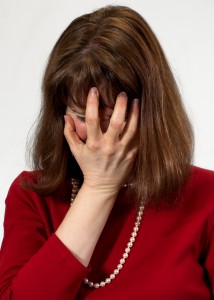 This buzzword is bandied about so pervasively because brands – especially, though not exclusively, in B2B – still have a long way to go towards being human. Jargon-filled, cold, robotic marketing still permeates a lot of B2B marketing, all with the same drumbeat nonsense: “Buy our stuff. We’re great. We have a cloud. Did I mention we’re cool (kids like that), so please buy more of our shit (I mean stuff…)!” Of course, I’ve also heard “Kathy, our clients are conservative and they would never go for that!” How do you know people won’t like it? You don’t. Marketers are hearing and repeating the ‘human’ message – and yet, lots of companies aren’t getting what ‘human’ really means.

I’ve talked with my clients’ ‘conservative customers.’ I have asked many of these ‘conservative’ types about the marketing they read. The truth: They don’t. When asked why, one executive eloquently put it, “I wouldn’t send to people I hate.” Exactly – and ouch.

People ask me how to be a better marketer. My answer has never changed: Stop marketing, and start connecting by making conversations meaningful, not mere ‘positioning’ exercises. So I talked about ‘human’ a LOT in almost 5 years. In the last two years, lots more marketers joined the growing chorus. That’s a good thing because it means more marketers understand the importance. The bad news: most of the discussion has been incredibly superficial (have a personality, put pics of people on your site, have human videos, be human in your tone, blah, blah, blah). “Yep, we’re human. We have people on our website, and our social media is fun.” See, when you call it fun….it’s often not…and that puts the FU in ‘fun.’

That’s the issue: most attempts at being human are cosmetic. If we’re un-human internally, none of that external crap matters. Employees are the biggest human champions we have in addition to customers, and creating a place they want to work for and are proud to talk about matters. There are porous, fluid borders between internal and external worlds. You can’t treat branding like a Vegas trip because what happens internally does not stay there.

This superficiality has contributed to this backlash. I, too, roll my eyes at the remedial. It’s not just about social media or marketing; it is about realigning business to champion people – employees and customers – across everything a company says and does. Human means being driven by an unwavering commitment to core values that never change.

Human is an idea worth fighting for at a deeper level than most coverage tends to be.

Being human includes design thinking for creating products and services that solve human challenges. It means bring ready to serve and do the right thing even when the contract or service doesn’t call for it. It means being open in creating new products before they are built because your best customers collaborated with you to build what they wanted.

It means having a purpose-driven story that acts as a strategic GPS for the company – if an initiative doesn’t fit the company story and values, then it doesn’t get resources. Your purpose must be bigger than your products and services. IBM’s ‘Smarter Planet’ message, Chipotle’s ‘Food with Integrity,’ TOMS Shoes’ ‘One for One’ movement…are all examples of a having a vision that is bigger than the company and one that other human beings can rally around. Without values, there is nothing to champion. 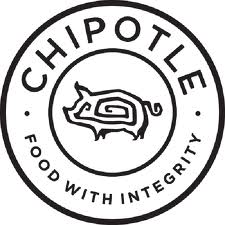 Being human means collaborating with customers and employees who own the “story.” It means enabling your employees be visible stewards of the company’s story – because your internal experts – not corporate marketing – add value to your customer relationships. IBM has increased the lifetime value of customer relationships precisely because it recognizes that customer relationships are strengthened when customers can connect directly with the internal experts outside of the marketing gate-keeping function. ‘Human’ means valuing truth-tellers because only by openly discussing and fixing the big issues can companies increase credibility and value.

Ultimately, being human is putting people at the center of everything– the way you operate, the way employees think, the way products are designed for human challenges, and the way you treat social media as tools for conversation long before you have something to “sell.” It’s about creating internally healthy companies made for people by people who actually give a crap and want to work there. I don’t want to buy crap from companies whose employees don’t give a crap. Because then crap is all you will get. Marketing must give people reasons to give a crap, both inside and outside the firewall.

Human is Baked into a Culture

Humanizing isn’t cosmetic surgery. It’s baked into the values and purpose of the company; it’s not the friggin’ icing. Someday, ‘human’ won’t have to be called out separately. We must get there for marketing to be better.

But we’re not there yet. Until then, ‘being human’ remains an urgent, if not annoying, message for CMOs to embrace far more deeply than the superficial treatment it receives today. And it doesn’t matter what we call it: Being human, Human2Human, whatever. What matters is that we DO it.

What does ‘being human’ mean to you?