Today’s Executive Communicators Must Be The Company ‘Purpose Keepers’

Fragmented media compete for increasingly divided customer attention. The decline of trust in corporations combined with the increasing volume and complexity of information have left audiences with a glut of ‘data’ and, yet, a paucity of meaning. And factor in customer demographic shifts (‘Millennials’ anyone?), and social media’s demands for transparency.

People don’t want more facts. They want a reason to care about your company. So give it to them.

The executive communicator must go beyond company messaging. He or she must be the “purpose keeper” of the company, elevating the company’s purpose to a human narrative that is larger than the sum of its products and services. Being ‘social,’ means more than just being visible across social channels; it means creating a shared purpose by connecting the company with the societal concerns of its customers, and communicating the role his or her company has in contributing to the greater good. Some research suggests that purpose-driven companies also have stronger bottom lines.

According to the 2012 ‘Social CEO’ study from IBM, standing for nothing is just not an option. Jon Iwata, IBM’s SVP of Communications, says that today character trumps reputation management when it comes to communication. While CEO visibility is important, says Iwata, character and relevance matter more, and a strong, clearly communicated sense of shared ‘purpose’ creates meaning, strengthens a company’s character, and keeps a brand relevant. It eats strategic messaging for breakfast and lunch.

Culture and strategy are driven by purpose. Strategies change; yet, a well-defined, unwavering purpose serves as strategy’s global positioning system.

Consider Chipotle’s mantra of “Food with Integrity” and the combination of platform and purpose used by CEO and Founder, Steve Ells. Purpose is the guiding force behind strategy, communications and growth. Ells has not only been visible – he was on America’s Next Restaurant in 2012 – his communication of the company’s purpose earned him the title of America’s Most Inspiring CEO according to Esquire (September 2012).

Platform matters; yet, without purpose, visibility isn’t meaningful. Ells’ message of fresh ingredients – and great food – is driving more than just growth. His commitment to his cause has created company champions.

The new breed of executive communicator is also the chief storyteller and steward of the company’s values. Stories of shared purpose speak to values. Relevant stories that show how the company fulfills its purpose provide facts and meaning – together.

Purpose is often a key part of the value a company creates. TOMS’ CEO, Blake Mycoskie, says that his company is as much a story as it is a product. The most loyal customers, Mycoskie calls them “supporters” who share that story with others, are connected by a bigger narrative. This allows people to connect to the company story in a way that is meaningful for them. Mycoksie’s platform – that also includes a book, Start Something That Matters – is inextricably connected to the company’s mission of “One for One.” More than a mission, TOMS has become a social movement. There is value in belonging to a movement. Customers don’t buy TOMS for shoes, they buy the TOMS story. 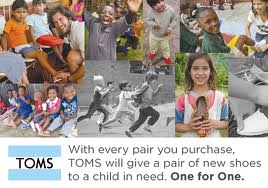 Or consider Zappos. Its CEO, Tony Hsieh, focuses his communications platform on service and delivering happiness; not on sound bites or shoes. Hsieh has taken his company and his personal brand to new heights of relevance and visibility based on his commitment to something larger than the company. 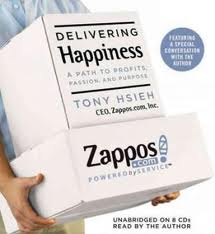 Moreover, clearly articulated purpose provides a strategic direction. When IBM sold its PC business in 2004, it was a gamble and the company did not yet have a replacement strategy. By the Fall of 2008, IBM’s executives – including CEO, Sam Palmisano, and SVP of Marketing and Communications, Iwata – began telling a larger story of Smarter Planets, and of IBM’s new role as a part of this larger narrative. While IBM didn’t own the idea of smart planning, it drove a shared purpose that other companies, including partners and competitors, could participate in and create new business by doing so. 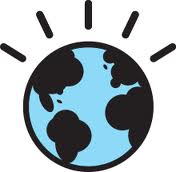 IBM’s new story of purpose – Smarter Planets and Smarter Cities – helped to align an emerging vision with strategic definition and resources. Smarter Planets provided a much needed roadmap. As a result, IBM reinvented itself and created a new market that was much bigger than the PC business it had. The campaign was not about the company, says Iwata. “It was about hope and solving the world’s bigger problems.” By 2012, IBM’s revenue growth had shown that its purpose -driven approach had paid off, and it’s one that CEO Ginni Rometty continues today.

If a company cannot articulate its purpose, how can it communicate a strategic vision? Contrast IBM with HP today. HP is a company in crisis, without a purpose, a story, or a strategy.

The Executive Communicator Must Be the “Keeper of the Flame”

Brian Solis has called “People” the fifth element of the marketing mix, while Mitch Markson of Ogilvy has called “Purpose” the fifth P. They’re both right, and yet, it’s also about much more.

Today’s socially savvy executive communicator must be the company’s “keeper of the flame,” who connects the organization to a relevant and meaningful mission that people – customers, employees, partners – care about. Products come and go; it is purpose that defines strategy.

Today’s business environment needs a different type of executive communicator: one who leads with purpose, not PR.