Women, Humor and The Board Room: Part I

This blog post is my interview with Glass Hammer magazine. I was interviewed in January 2013 for a piece on women executives and their relationship with humor!

This is part I of my interview.

INTERVIEWER (TV): Tell me about your company, Keeping It Human. How did you conceive of the idea and how did you know something like it was needed, is humor in the workplace lacking?

Kathy Klotz-Guest (KKG): It is lacking. I came out of high-tech marketing and I was always a bit like a fish out of water – because I have an affinity for technology AND I am creative and funny. It’s in my blood. I am a right -brained and left-brained hybrid. I know when a culture is open to humor, levity, and fun, there is also more loyalty, more innovation and, usually, as an extension of that, better customer relationships!

I also have a background in performing – sketch, stand-up, and improvisation (nearly 20 years, and I still perform) and I have seen first-hand how humor opens us up to be incredibly creative. The cornerstone of improvisation, for example is ‘Yes, and!’ It’s about being open to possibilities and to collaboration and making your partner (team or team members) look good. That’s a very human way to operate. So based on my experience, I knew the world needed it! It also increases our connections with people.

The fear of making a mistake holds people back from using it. Humor IS human. When people are human and humorous, something great happens – we connect with people on a whole other level. If I make you laugh, I have connected with you in a deeper way and you are now more willing to listen to me.

Facts are great – they don’t inspire. Being human through stories and humor does. The reality is the risk of using humor is actually pretty low. Think about it. Unless you are using inappropriate, humor and most people aren’t, what’s the worst that can happen? You don’t have to go for the knee slap and belly laugh to make a connection. Sometimes all you have to do is make someone smile, and you have forged a meaningful human connection. 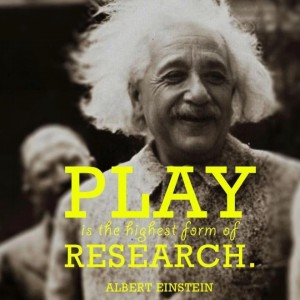 TV: What are some of the most critical skills you try to teach people who utilize your training?

KKG: There are a few things. First, I teach them that humor is an attitude of fun. I don’t try to teach people to be funny per se. (There are people who do that.) In the work I do – I show people how to open up, have fun, and play. Being playful is the basis of humor. You can take what do you seriously; yet, you don’t have to walk around being so super-serious all the time. A sense of humor is playful; comedy is about being funny. People confuse the two all the time. There is grace and credibility in making people smile without having to be a comedian.

Play is a precursor to innovation and creativity, and it helps people lighten up and become approachable. When people see that lightening up yields results beyond just cracking ‘jokes’, they get it, and they understand it as a very important creativity and communication skill.

It’s also about being likeable and human. Those are the big payoffs. And while I also do work with companies expressly on being funny in their speeches, marketing campaigns, etc., I always believe that humor is more than jokes. That is so important. I think it’s an outlook on life that pays huge dividends in work, relationships and quality of life. I want people to understand that there is more risk in NOT using humor than in using it.
Being playful is a huge start and an important step in the right direction.

TV: With women in particular, what are the most common mistakes they make when trying to utilize humor in the workplace?

KKG: Women are all about relationships, so we’re like AVIS – we try harder! Lots of times women use self-deprecating humor not because they lack confidence, but because they are trying to lower their ‘status’ in the workplace in order to send the message, “Hey, I’m just like you – no better, no worse.” In short, we are trying to relate as ‘equals.’ The issue is, when overused, it sends a red flag to people (men especially) that women aren’t comfortable using it, or that they lack confidence. This isn’t always true, of course. It can easily be misconstrued – therein lies the problem. However, women do lots of things really well with humor. Men are more likely to use jokes at someone’s expense for a laugh without thinking of the consequences, for example. Conversely, because women are attuned to relationships, women are far less likely to use put-down humor. That’s a good thing.

I think the other mistake women make is they self-censor way too much. Many are less likely to try using humor because they talk themselves into believing it’s too risky. Men tell jokes and really don’t worry if it works or not, and when it doesn’t, they don’t beat themselves up about it. They move on. “I gave it a shot,” is their mentality. They take more risks than women. Women are just as capable; however, in general women have a different relationship with risk. Yes, it’s a generalization to a degree, yet it’s based on actual research.

The final mistake women make and all people, actually (men too!), is reducing humor to jokes. As I’ve said, humor is more than that – it’s telling a great story; it’s knowing when to hit a punch line, it’s knowing when to lighten the mood up by saying something totally unexpected and surprising, rather than scripted. Humor is being playful and not taking yourself too seriously. I take what I DO seriously; I can laugh at my mistakes because I allow myself to be human! Be spontaneous – that can great fun and it doesn’t have to sound rehearsed like a joke. So everyone, including women, needs to expand their understanding of what humor is really about!

What do you think? let me know your thoughts!