Great Marketing Starts with Inside-Out Storytelling: Of Penguins and Elephants

The stories employees and executives tell internally are leading indicators of organizational health and marketplace effectiveness – even more so than the marketing stories we tell externally. Ignore them at your own risk! There is no sound wall between external and internal worlds. That means before companies focus on customers and external marketing, they need to focus on employees, values and stories – all the things that make up a strong internal culture.

Why do executives and marketers spend so much more time influencing outsiders than they do on influencing the “insiders” – the people who are tasked with delivering the best customer experience? Who tell stories to the outside world about the heart and soul of a company and what it’s really like? Employees are among an organization’s greatest brand champions. If employees aren’t happy, customers won’t be, either.

As Tony Hsieh can tell you, a company can’t give happiness, inspiration and greatness to the outside world when the culture and tone inside is in shambles. Sooner or later, those internal stories get told outside the company. And in today’s world, new media amplifies everything – good, bad, and really ugly.

What are the stories that employees tell? What stories define your culture?

The stories circulating internally for an organization are telling – because they point to what your people really believe and say your culture is about. And, sometimes, it may not be what leaders say it is.

Recently I caught up with a wonderful colleague I knew from many years ago at a once very prominent high-tech company in Silicon Valley. At one time in the 90s, this company was THE place of innovation, and employees were dedicated and worked hard. It was a company people clamored to work for. Over time, that culture changed and it became insulated – a victim of its own success. Eventually that company failed – in a very big way. And that culture change coincided with a change in C-level mentality that can be illustrated in one story that a former President and Chief Operating Officer used to tell.

The stories the C-Suite tells – and those that are frequently repeated down the food chain – reflect organizational health and values. If the folks at the top are telling negative stories, that is indicative of a culture in trouble. This former President and COO told a favorite story about penguins and elephants, and he told it often (my colleague and I remembered it). Penguins are not nurturing of their sick. When one falls behind or is injured, the other penguins attack it. They cannot be weighed down by the infirm. It’s tribal and it defines pack behavior. Elephants, by contrast, are large and majestic animals that care for one another. When one of them is sick, the entire herd rallies around and nurtures the sick one until it is better or passes. The entire tribe is affected. They feel a connection that keeps them looking out for one another. “We are the penguins,” the COO liked to say often (smiling and proud at his “toughness”). 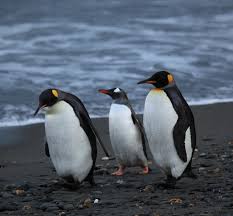 That story communicated so many layers of culture, values and how the company felt about competition and people. And it wasn’t lost on employees exactly how under-appreciated they were. That story was an honest reflection of how employees had come to be treated – it signaled a powerful change in tone and culture. Not only were employees treated as expendable; the top brass bragged about it. It signaled the demise in trust; and cultural deterioration is a precursor to implosion. 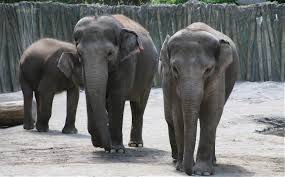 That story repeated over and over by the COO on down through the ranks of employees is an insight into the culture. What kind of culture would you rather be in as an employee? I know I’d rather be in the Pachyderm tribe. This story illustrates how a culture that was once thriving had changed and not for the better. It is no surprise that the culture eventually collapsed – and so did the company. It should have. It’s poetically and appropriately Darwinian.

This company is by no means alone. Remember Enron, for example? At Enron, according to the Harvard Business Review, stories about “get-rich schemes” were as prominent and pervasive as stories, jokes, and emails about “screwing over customers.” Negativity and disregard for people and customers are hallmarks of a toxic and dangerous culture. And this is a culture that had no problem putting up plaques in the company lobby “celebrating” the customer – what a completely different culture internally! 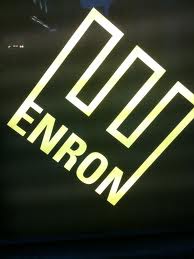 Stories reflect our values and our actions. If you want to change the culture, you must look at the types of stories being told in your organization – up and down the food chain. Are they positive or negative? Do they tell of progress? Are employees extolled? Or are they considered expendable? Are people elephants or penguins in your organization? Are your customers valued or do employees make fun of customers far too often (as at Enron and countless other companies).

It matters. If you want to change culture and lead change, you must identify and change the stories people tell. That starts by changing behavior. Stories aren’t based on fiction; rather, they are forged by the kinds of values and actions the company and its leaders and employees exhibit over and over again.

Most leaders analyze the marketing and brand stories of a company to determine its marketplace effectiveness. They are important to be sure; however, if you want to know the health of a company to survive long-term, start by tracking the stories people tell about the organizational culture.

Great storytelling outside the company starts with inspiring storytelling internally. Let me know what you think?