Interactive storytelling is not an option today. If you are not doing it, you will be left behind.

Harold Lloyd’s silent comedy was story *crack* to my 9-year-old brain. Here was a silent film era comedy stuntman who relied solely on visual comedy and object work to tell these funny and very human stories. I couldn’t get enough of it. I owe my dad for introducing me to this. While I didn’t have a vocabulary for some of what I was to learn, Lloyd’s work  taught me everything about breaking the fourth wall to co-create with my audience by feeling my way through it.

An older version of this piece is here. 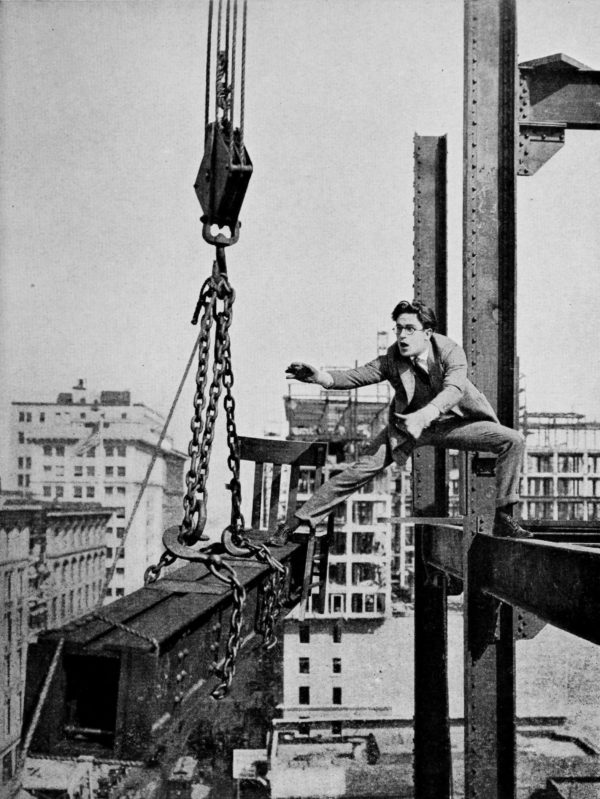 From “Never Weaken” in 1921. Public Domain Image via WikiCommons

What the Hell (I would have been in trouble for saying it) Did I Know?

…Enough to be unaware or unafraid of doing something completely out there. Ignorance is bliss. So is the naivete of being a kid.

When I was 9, I was asked to give a presentation about something I was passionate about. Of course, being the nerd I was (hey, some things are visible from space!), it had to be related to comedy. I was also very shy at this time. I didn’t relish the idea of getting up in front of people to talk. I went to a Catholic grade school. And they did not mess around – they meant business. So if you were told to talk about something, you needed to TALK for the assignment. And these nuns were good people – badass, tough and serious about education. Yet nuns at my school weren’t exactly known for playfulness. And my teacher, Sister Maria, a twin whose sister was also a nun, was intimidating and made me nervous. She was in her 70s and had a hunchback due to osteoporosis so she looked unhappy and in discomfort most of the time. She wasn’t exactly patient with kids!

See…I didn’t want to talk to the class. Yet, that was part of the assignment – talking! And my dad – a stickler for detail – said, “That’s the assignment. Suck it up.” He was equal parts disciplinarian marine and tough love. I guess that’s redundant.

So naturally – like any 9 year old would do – I gave a pantomime “talk” based on my love of silent film comedy and Harold Lloyd, one of the first comic stuntmen in Hollywood of the silent film era!  I acted out various scenes from Lloyd’s movies including the famous hanging on the clocktower bit from the famous “Safety Last” move. What kid on earth knows about this at age 9? This kid, and that explains a lot (I’m sure) to you about my whimsy, humor and unbridled love of comedy…even at this age.

Co-Creating with Your Audience

I went with it. Whatever it was. I sure didn’t know what I was doing and yet I was having a ball. Pretty soon my fellow 4th graders were shouting suggestions for me to act out and incorporate. Things like “flowers, candy, animals” were being shouted at me in rapid fire sequence, and I am pretty sure they had no clue what was going on. I sure didn’t. They didn’t care – they were having fun and so was I. My brain was on fire!

And I integrated all the suggestions I could as fast as I could with my chubby kid arms in such a frenetic way that made then howl with laughter. It was my first experience with space object work (improv and I didn’t even know it!), visual storytelling, and the magic of co-creation. Whatever that meant.

Within a minute of not being sure what they were watching, my classmates were laughing, jumping out of their seats excitedly participating in what was happening. Even Sister Maria was enjoying it. She softened her demeanor and I was relieved. She even smiled once and I had never seen that happen. Like ever. I knew I was pushing the boundaries of the assignment by not talking and I also knew my dad might be miffed. Note: he was miffed a LOT.

When You’re Not Sure, Lean into It!

I was on a roll this time and couldn’t stop! No one really knew what was happening. Sister Maria sure didn’t.  I’m pretty sure the class hadn’t seen anything like this and didn’t know who the heck Harold Lloyd was. And it didn’t matter. They were seeing something they had never witnessed before and I had done something I hadn’t done before. This was uncharted territory for this kid – and really, for all of us. 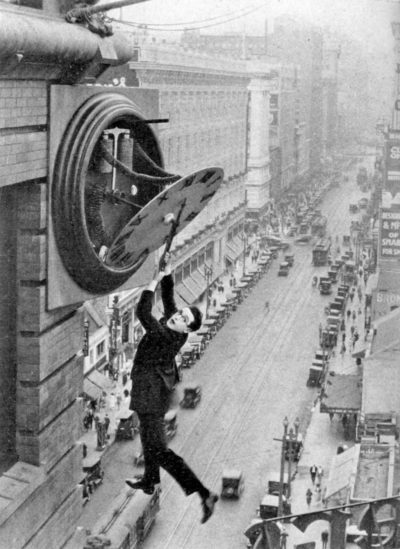 They were part of the story – they shaped it. And the story was visual – it didn’t need words! That’s not to say that my space-object work was good or clear. I am 100% positive it wasn’t. And that’s what made it funnier, I am sure. Yet, it was the most interactive presentation of that class. And while I didn’t know what the hell interactive storytelling was formally, I knew instinctively WHY involving others mattered.  The goal was to show your passion and I did that flailing about passionately. Message received.

I got an A for effort. By not speaking, I technically didn’t complete the assignment. However, I still passed.  Sister Maria wasn’t mad. She even seemed amused. My dad wasn’t too happy until she told him I had the most original presentation of the group and that she hadn’t seen anything like whatever it was – a backhanded compliment that was surprisingly encouraging. While my dad wasn’t thrilled that I didn’t follow the rules (and I would do this many times in my childhood and adulthood), he was happy that my teacher thought I was “innovative” in my own way. Note: creative liberties taken with that description.

I realized lots of things that day even though I didn’t have a vocabulary for it. I understood the power of interactivity, even without knowing the word. I knew the experience of it. The feel of it. How it got people excited and having fun, too.

I’ve written extensively about this concept of breaking the 4th wall and I believe it is not an option any longer when it comes to great brand and business storytelling. It will become the expected minimum viable standard for storytelling. There is something magical about watching people communicate without words. And while Lloyd didn’t take suggestions from an audience the way we can today or even in improv, his comedy was huge for his time. And ours – still.

I recently did a keynote where I got to re-enact those scenes and tell this story and it was a blast.

Kathy Klotz-Guest is a story and creativity strategist, speaker and author. An improviser and comedian as well as an MBA, MA, Kathy brings interactivity, energy and innovation to events, talks, and workshops. She’ll have your audience laughing and learning and that’s what it’s all about. Well, *that* and the hokey pokey.