As a storyteller and marketer, I’m constantly talking about the power of sharing your story. I meet lots of entrepreneurs who are changing the world with their vision – sometimes in a disruptive way with technology, and sometimes in more subtle ways with a human touch.

As with any company regardless of size, your purpose story is an important part of your differentiation in the world. It is important to tell that story – of how your past and passion combine to create your larger purpose. Your past isn’t a narrative that controls you; yet it shapes who you are, what you value, and that matters in your business.

While many people feel that ‘naked’ storytelling (read: exposed with your clothes on!) leaves them too vulnerable, I know from experience that it can also be a source of strength that lends meaning to your vision and higher purpose. That differentiates you, and connects you to your audience. 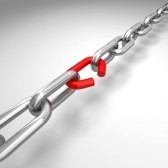 The Unlikely and Vulnerable Hero’s Journey

I was so humbled and honored this week to chat with a woman entrepreneur who shared with me her amazing journey, that I wanted to share it to demonstrate the differentiating power of a personal story.

Angela (name changed; story isn’t) is a Chinese entrepreneur living in Silicon Valley. She is happy, ebullient and radiant. A single mom in her mid-40’s, she doesn’t look old enough to be the mother of a 17-yr-old daughter. They look more like sisters in the photograph she proudly shows me. Angela runs a successful business that she is looking to expand to two more locations. She has grown her business from the ground up in the last 7 years since coming from China. When she arrived seven years ago with only her daughter, she spoke very little English. “I am not special”…she gushed.

I beg to differ; because her story certainly is.

Angela was born in China at a time when baby girls were unwanted. In fact, her birth parents abandoned her because they did not have the son they wanted. While this is changing slowly, there are agrarian parts of China where this practice still exists, and it was very common in the 1960s and 1970s. “In the farming culture, sons bring revenue prospects. Baby girls are a disappointment to the family,” she said.

Eventually she was adopted by a couple who already had a son. Her adoptive father doted on her – she was his jewel. When he died, Angela was 13. After a few years of hardship, because her adoptive mother could no longer take care of her and had become indifferent towards her, Angela left home at 16. ‘When I left, my adoptive mother was glad. She told me she didn’t love me. I was alone and in pain. I had been abandoned a second time.”

Angela then backpacked – alone– through Nepal and Tibet, and has seen both sides of the ‘glorious Himalayas’ as she describes them. She ended up eventually in a big city in China selling cosmetics – and was incredibly successful. She trained the company’s entire sales force – about 60 people – at the age of 21. ‘What made you so good at it?’ I asked. “I understood how to reach women. It’s about making women feel valued– inside and out. And value is something I have worked my whole life to achieve.’

At 26, she had a beautiful baby girl. Disappointed because he had a daughter, Angela’s husband soon divorced her. The cycle repeated again – she had been abandoned and thrown out, as she says, a third time. ‘Once again, I was told, that I was not good enough and neither was my child.” Her husband left her with nothing but her beautiful baby girl. And as Angela’s says, “giving up my daughter the way I had been abandoned was not an option. I would raise my daughter to know how deeply loved she is.”

A successful saleswoman that grew her employer’s revenue by a factor of 3 with her self-taught acumen, Angela eventually decided she needed a fresh start in a place where your past empowers you, rather than shames you. She chose Silicon Valley – where anyone with a dream and a strong work ethic could succeed – even without a formal education. And succeed she did. “I had a daughter to support. I had to make it. Today, when people aren’t interested in what I do, she says laughing, “I say to them…you just don’t know how to appreciate me yet. You will. I have.”

Angela is on track to add two more locations to her sports massage business, and has grown her current location to a site three times larger than when she started. She has a penchant and a passion for making people feel good – physically and emotionally. “I know when people are in pain physically and emotionally. I feel it. And I know what that’s like. I don’t share my story with lots of people – they just know that I care.” Angela radiates compassion. And that compassion for people – something she did not get from others – is something that infuses her healing approach to business.

“I want my business to have a soul. We want our customers to be their best, so they can give their best to the world. We’re in the healing business. Everyone needs healing – spiritual and physical. We combine Eastern and Western philosophies because compassion is healing and that is who we are.”

Now that is a higher purpose in the world and, as I’ve written about before, you must find and tell your company’s higher purpose. That’s what connects emotionally with your audience.

Angela is also starting a non-profit that helps educate women in China on how to start businesses. She wants to target women of her generation – many abandoned, adopted, divorced, and lacking formal education. She wants to speak those who were told repeatedly, ‘you have no value’ and give them a message of hope.

“My whole life I was told this, and yet I taught myself not to listen to that. There is an entire generation of hurting women that need to hear that they matter. The fact that you are here and have survived everything you have been through…. that means there is hope and healing on the other side.”

“We don’t choose to be born or to whom we are born,” she tells me. “We choose what we believe. And I believe in being positive – for me, my daughter, and my customers. You are responsible for the energy you put out, regardless of what has happened. In that – we have a choice.” Angela seems to be at peace with her story. I think that she and the world are better for it. And in telling her story, Angela seems changed – and healed – by it.

I was humbled by Angela’s story of triumph and humility; she doesn’t shout her story from the rooftops. In fact, she is reserved. And I am in awe that after everything she has been through, she remains open, rather than emotionally armored.

There is power in sharing your story – it’s that vulnerability that elevates you, and that invites your audience to connect with you more deeply.

Here are some powerful lessons for every entrepreneur to remember when telling an origin or purpose story, regardless of what his or her background is. Your story doesn’t have to be as life altering as Angela’s to make a difference.

• Your story doesn’t define you; it shapes you – so own it. It’s part of what makes you different.
• Allow yourself to admit vulnerability occasionally – it is the very thing that makes you ‘you.’ While you don’t have to reveal everything, even small amounts of vulnerability can make you incredibly relateable.
• What did hardship teach you? How did it change you for the better? Tell *that* story.
• Share how your past helped you to become who you are today, and why it fuels your business.
• Your story is an honor to hear. You can choose when and to whom you reveal specific details.
• Your origin story speaks to who you are, to your values, and to your company’s higher purpose.
• Your story is always bigger than your products and services. That’s what connects at a human level. Angela’s past has given her tremendous compassion for people, for example, and she sees herself in the ‘healing’ business – not in the sports therapy business. She’s right.
• Your story must tell how you make the world better and what qualifies you to be that harbinger of hope.
• Share your story without judgment of yourself and others – that’s the difference between owning your story and your story owning you.

How have you used vulnerability about your past to shape your company story? Share your story here.